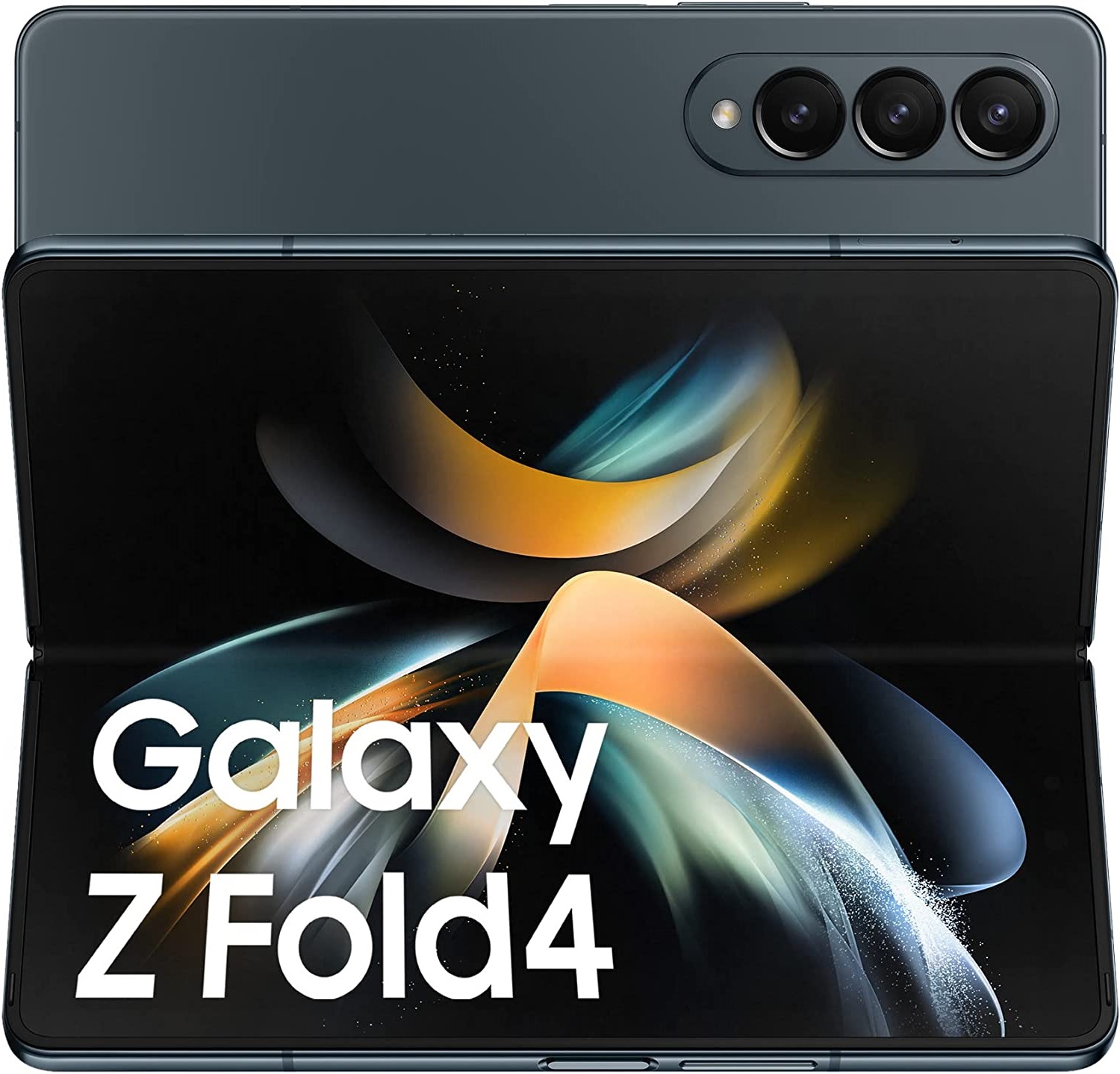 Price at Samsung
Price at Amazon

The new Galaxy Z Fold 4 keeps the primary idea of the productivity-driven phone-turns-to-tablet idea while focusing on the much-needed camera upgrades and adding some physical improvements. The new model mostly replaces the rather outdated technology that was utilized in the Z Fold 3’s camera.

Although the triple camera setup is the same, the Z Fold 4 has a longer focal length and a larger primary camera sensor. There are some minor tweaks in the auto-focusing area, yet it’s still not groundbreaking and is the same setup as the Galaxy S22 series.

Looking at the main screen, the bezels have been reduced. The cover screen has adopted a shorter aspect ratio (while still being taller than almost everything). The entire device now weighs just a little bit less.

These are all evolutionary changes that may or may not be noticed in use. Samsung should not produce the gapless foldable device we have all been droning on about, despite the fact that other Chinese brands are.

On this version, you also won’t get really fast charging. Instead, Samsung is sticking with 25 watts of PPS-enhanced USB Power Delivery. Since the battery capacity hasn’t exactly been a problem in the past, it has changed. The battery capacity still stands at 4,400mAh. Yet with the new Snapdragon 8+ Gen 1 chipset, along with further upgrades to the display, this may actually result in longer battery life.

In terms of the display, there are minor changes to both the cover and the main foldable display, compared to the older Z Fold 3 model, but everything else looks the same. Both screen refresh rate goes up to 120Hz and makes better use of managing the motion smoothness on both screens.

Although the diagonal is the same as the previous model at 6.2 inches, the new aspect ratio should make it somewhat more practical while also significantly expanding the useful area. The cover screen matches the big one in terms of refresh rate capability.

So, with the Z Fold 4, you get stereo speakers, a side-mounted fingerprint scanner, a phone with water resistance, and selfie cameras. One on the outside on top of the cover display, and one hidden behind the crease of the display. They saw no reason to change those at this time.

And what you get in the box is the following:

Once again, unfortunately, no charger in the box which has now become normal for Samsung smartphones.

After that long overview, let’s find out what makes this phone tick.

So What’s So Good About It

The Samsung Galaxy Z Fold 4 comes with the latest Snapdragon 8+ Gen 1 chip, which is one of the best-performing processors right now. It even tops the charts with benchmark scores. The chip is also featured inside other phones such as the Galaxy Z Flip 4.

There are three storage packages. Starting with the entry model is the 256GB, then next is the 512GB, and then lastly the 1TB storage. They all come with 12GB RAM so there’s plenty of memory to use. No MicroSD slot to expand storage but there is plenty of internal storage, and cloud storage options to use.

Gaming on the phone is impressive as well. It delivers good graphics and great gameplay overall. It also looks and feels better on the larger screen. There’s a small drop in performance, especially on the cover screen. but you won’t really notice it.

Overall, the Z Fold 4’s performance is excellent. Switching between menus feels smoother. Scrolling feels fast and effortless. This is definitely the best foldable smartphone from Samsung regarding performance.

Same Design but a Stunning Display

No major changes to the design. It’s still waterproof. The unfolded display still supports the S Pen stylus. And it still comes with three camera sensors at the back.

However, there are some changes. The phone is lighter at 263 g. The bezels on the unfolded display are thinner. The build material comes with stronger Gorilla glass, making it more durable.

With the display, no major changes either. The cover display is still 6.2 inches tall and the foldable display is still 7.6 inches diagonal. They are both dynamic AMOLED with 120Hz refresh rate and the same brightness at 1200 nits. There are changes to the aspect ratio and the screen resolution but you’ll hardly notice it.

So expect the same stunning display that shows bright, colorful, sharp, and detailed images. It also supports HDR10 so streaming HD movies is not an issue. The Android 12 OS looks remarkable as well. Thanks to the adaptive refresh rate the display and menu animations look smoother.

The next best thing about the Z Fold 4 is the camera. With it, you can take stunning pictures and record detailed videos of superb quality. The camera consists of a triple camera sensor that includes: 50 MP wide, 12 MP ultrawide, and 10 MP telephoto with 3x optical zoom.

Expect to take some really stunning pictures with accurate color, detail, and sharpness. With the larger main wide lens, expect to see more details in low light areas, meaning better, and lighter images at night. For a top-range flagship phone, you’d expect 10x zoom like other Samsung phones, such as the S21 Ultra, but not on the Z Fold 4.

With selfies, expect equally detailed pictures as well. The cover display has a teardrop lens on top that has a 10 MP wide camera. Pictures and portraits are stunning and very much detailed. The camera under the display takes decent pictures but a minor loss of detail.

With videos, you can create 4K videos at up to 60 frames per second (fps). They look smooth with good color, detail and good video stabilization. If storage is an issue, you can tone it down and create Full HD videos as well. They are equally detailed with accurate color.

Overall, the whole camera package has some pretty good specs and can create excellent pictures and videos.

In fact with the newer performance chip and options to change the refresh rate on the display, the battery life exceeds the predecessor. On average, you are looking at up to 14 hours of daily battery life on moderate use.

With regards to charging speed, with a 25W charger, you’re looking at 0 to 50% in half an hour, and a full charge at not more than 80 minutes. The battery also supports wireless and reverse wireless charging as well.

Just to remind you that we don’t get a phone charger in the box anymore. You need to get one separately or use your existing charger.

The multitasking options on the Z Fold 4 are excellent. You can have up to three apps open at the same time and spread them across the unfolded display, with no delays or slowdown of performance. Wow, that’s impressive.

And What’s So Bad About It

No charger, no stylus

It’s become a norm that Samsung will no longer include brick chargers with their smartphones anymore. You will need to buy one separately, or use your current charger. If you have a 25W charger then you are set. If you remember, the charging speed is fast with a 25W charger.

The new Samsung Galaxy Z Fold smartphone is really an upgraded version of the Z Fold 3. On the outside, it looks exactly the same. No remarkable changes. But on the inside, it comes with upgraded hardware, new software, and better features, especially the camera. This indeed is a remarkable smartphone and definitely worth buying.

On the other hand, it’s an expensive smartphone. You don’t get a charger in the box, and other accessories are sold separately like the S Pen Stylus. Other disadvantages are minor but don’t really impact the phone.

The point is the Z Fold 4 is not a perfect phone. It has really nice features overall and can be very useful to you. But is it really worth upgrading if most of the features are the same as the Z Fold 3? If you want to upgrade I say hold on to your Z Fold 3. The good thing is that the new Z Fold comes with a lower price tag. But if it’s over your budget radar, here are better alternatives to look at.

Perfect for corporates who like to work on the go, and like to get things organized. Perfect for video calling and remote meetings. those who like working with gadgets.

So the real question you should ask is: should I switch and upgrade? Should I wait until it’s cheaper? Should I keep my existing Z Fold 3 instead? Whatever it is, whether you want to save up for it. Whether you’re happy with your current smartphone, the Samsung Galaxy Z Fold 4 is one of the best smartphones to get right now. If your budget permits it, get it now while stocks last. Click here to find out more. If you like the review, please make comments below. If you have questions, leave them here below as well, and I will be sure to answer them soonest. 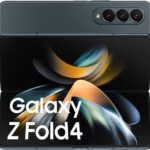 A30 vs A31: Which Cheap Samsung Galaxy Smartphone to Buy